Did you know that during the French Revolution they changed the week to being 10 days?
The French Republican Calendar was used by the French government for about 12 years from late 1793 to 1805. It was designed to remove all religious and royalist influences from the calendar, and was part of a larger attempt at decimalisation in France. They divided the month into three décades or 'weeks' each of ten days.
Shame the year has 365 1/4 days per year. That doesn’t divide by anything. Must have been a pain trying to keep trach of everyone’s Birthdays as each year the months would move.
Still at least the French were logical in their names for the days of the week: First Day, Second Day etc. Where as in English the days of the week are derived from the planets of Hellenistic astrology, in the order Sun, Moon, Mars (Ares), Mercury (Hermes), Jupiter (Zeus), Venus (Aphrodite) and Saturn (Cronos). Then the Norse Gods needed to be represented too so Tuesday in Old English was Tīwesdæg Tiw was a one-handed god in Norse mythology. Wednesday in Old English was Wōdnesdæg the Germanic god Wodan was an Anglo-Saxons god. Thursday in Old English Þūnresdæg. Þunor means thunder and the Norse god of thunder is Thor hence Thor’s day. Friday in Old English Frīgedæg referring to the Anglo-Saxon goddess Fríge.  Fríge was a goddess like Venus. 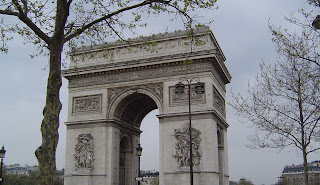 However if everyone else is working a 6 day week (seven days and one rest day) and you are working a 9 day week (10 days and one rest day), then you can produce 5% more using the same labour force.
This is what shift work is all about, using your resources more intensely. Then you can produce, sell or create more that your competitors in the same time frame.
What we do is take your workload, then create a shift pattern that creates the best work life balance possible while ensuring that you have the right people, at the right time, in the right place, with the right skills.
This will create an efficient system to maximise your production while minimising your costs.


If you would like us to help you with your production please contact us. If you would like a shift pattern review why not use our Business Health Check package.
Posted by C-Desk Technology at 07:56

C-Desk Technology
C-Desk Technology is a family run business. We have helped both large and small organisations with their shift working arrangements around the world since 1996. Our experience can help analyse your workload, predict future variations and convert this into a tailor-made shift pattern to ensure that you always have the staff available when and where you need them. All organisations are in a state of continual change due to external factors. Your operation needs to be able to change to meet those new circumstances for it to prosper. We can help introduce those changes.